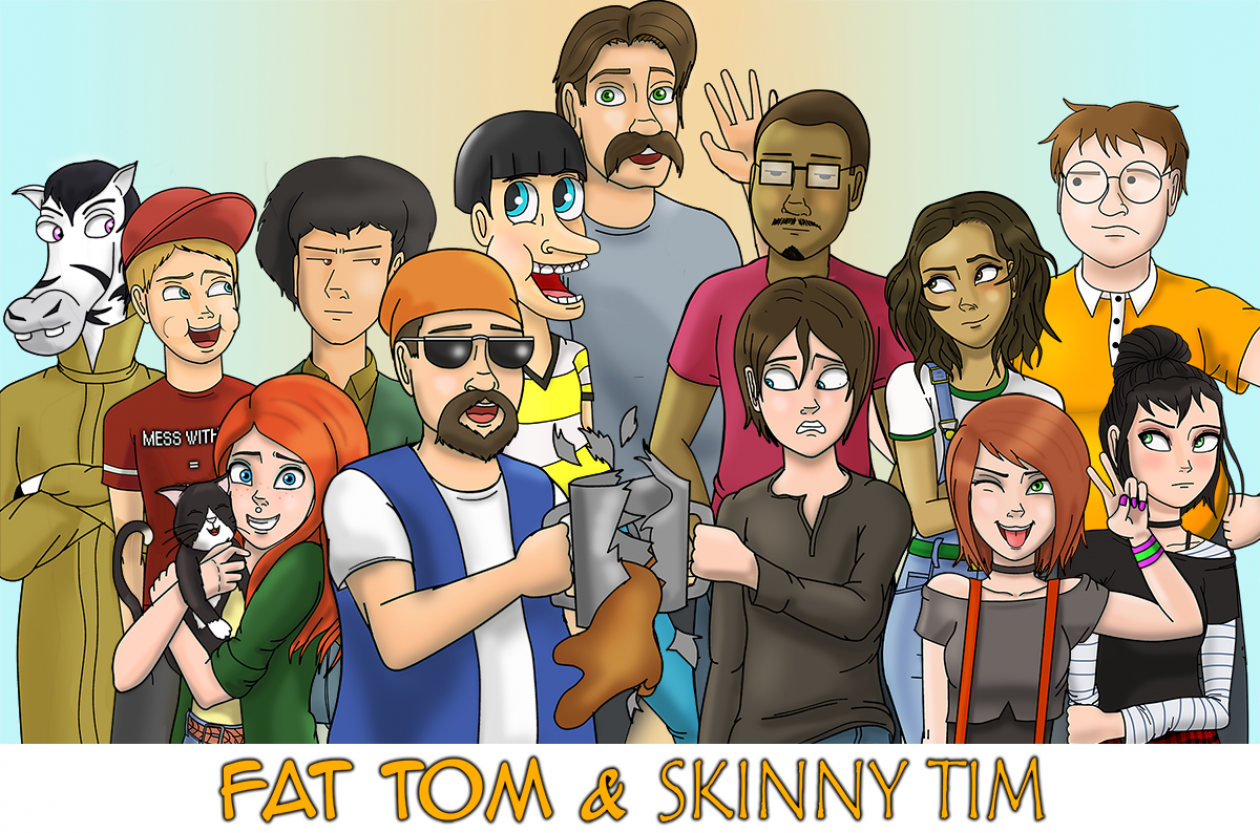 New decade; new website banner!
Been working on a lot of new characters over the past few months, that will be debuting in the comics soon. I’ll be writing and drawing up new biographies for each and every character.

Here are the new/returning characters from left to right with a basic description of each:
Mr. Zebra – Former Fruit Stripes zebra and Tom’s arch-nemesis (for some unknown reason), tries to “destroy” Tom in the stupidest ways possible.
Jack – Young adult who is often mistaken for a kid, has the absolute worst luck in the world, uses overconfidence to intimidate but is also a giant coward
Jace – Pessimistic best of friend of Jack (possibly more than friends, nobody knows for sure), really only talks to Jack and nobody else
Georgie – Super hyper and energetic kid, claims to be Tom’s “nephew” even though Tom is an only child, very passionate about photography.
Mr. Benley – 7 foot tall, friendliest neighbor in the whole world, and overall super wholesome man. Often referred to as the neighborhood dad, except for Terra who has a massive crush on him.
Arnie – Super chill dude, fellow streamer with his sister, Annie. Works with Tim at BurgerMeister’s.
Annie – Super confident and not bothered by anybody, sort of a rival to Tim and Terra’s gaming channel/streams.
Trevor – The landlord of most of the houses in the neighborhood, inherited the properties from his dad yet has no management skills or knowledge at all, often refers to himself as the “mayor” of the neighborhood, has very poor people and social skills
Sarah – Terra’s younger sister, very sarcastic and about as spunky as Terra is. Doesn’t have a very strong relationship with her sister, but is very good friends with Steph, very into music and plays guitar, often with Steph.